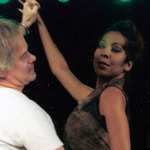 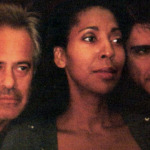 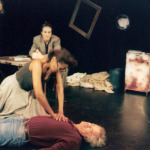 In Winter 2001, MultiStages produced Novel by Nick Bellitto at HERE. Novel was developed by MultiStages in its Script Development Series between 2000 and 2001, and received several MultiStages staged readings at the Lark Studio Theatre. This poetic play is portrait of a struggling artist who is forced to face his creative demons and the guilt over the death of his son as he creates his novel. This surreal memory piece incorporated stylistic movement and poetry. Novel was developed and directed by Lorca Peress.

from the N.W. Dible Foundation