We are one global community with a common goal to honor and protect the earth,
its amazing inhabitants, and our future.

MultiStages presents a pop-up theatre event of 7 short plays and video from around the world to inspire and celebrate the need for Climate Change. This fundraiser honors MultiStages’ 18th year of producing multicultural and multidisciplinary new works in New York City.

“Where Has All the Water Gone? Long Time Passing…” By Arthur Kopit (US) ; Performer: Dennis Gagomiros 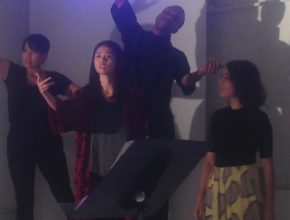 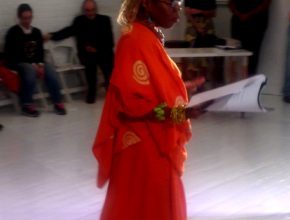 MultiStages Festival consists of short plays from around the world: Brazil, Uganda, Canada, Colombia, India, and the United States. Reception donated by Rums of Puerto Rico. Ticket proceeds will support the Hispanic Federation to benefit the people of Puerto Rico who survived Hurricane Maria. Actors appearing through AEA Theatre Authority.

MultiStages is partnering once again with #ClimateChangeTheatreAction. 225 events are scheduled in 40 countries between October 1 and November 20, 2017. Climate Change Theatre Action is a worldwide series of readings and performances of short climate change plays to coincide with the United Nations COP23 meeting in Bonn, Germany. We are excited to produce this important event and join this world-wide theatre movement.