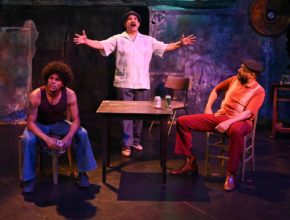 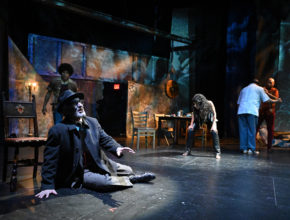 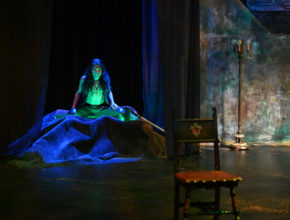 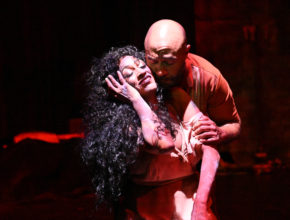 “Ominous Men” is an award-winning gothic horror tale about race, poverty, drugs, misogyny AND violence in America. It was the wrong night and the wrong place for these OMINOUS MEN to be playing “Bones” when the 1977 NYC Blackout hits the Bronx! Three men are confronted by their ferocious pasts in the derelict Bronx Concourse Plaza Hotel basement on July 13, 1977: Butch, the Nuyorican caretaker who’s been digging a pit looking for buried treasure, his nervous cousin Goyo, and Butch’s drug sponsor and ex-Black Panther Yancy. This night of drinking, camaraderie and dominoes turns violent when the Blackout hits, a stranger climbs out of the pit, and the ghost of a Holocaust survivor and murdered woman appear.

“Ominous Men” is made possible in part with public funds from Creative Engagement, supported by the New York City Department of Cultural Affairs in partnership with the City Council and administered by LMCC.

This production is the recipient of an Indie Theater Fund Artist Grant, an N.W. Dible Foundation grant for literary arts, and qualifies as a Parity Production. Special thank you to LMCC’s Materials for the Arts for donations toward our design, and MultiStages corporate and private supporters.