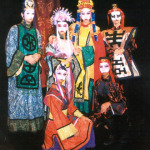 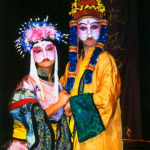 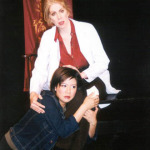 In Spring 2002, MultiStages produced The Palace of Loneliness by Dorothy Tan, Directed by Elowyn Castle at HERE. This superbly written play combines two interwoven, but separate stories about love, passion, family and death. The contemporary story is of a young Chinese-American woman who walks into a sanitarium and confesses to a murder that no one can substantiate; and the other is a Chinese Operatic Ming Dynasty (1368-1644 A.D.) legend of Emperor Xuanzong and his beloved concubine. The plays moves rapidly across time. Unique elements in this production included non-gender specific cross-casting and broad use of multidisciplinary elements: Chinese opera instrumentation, verse, dance, and choreographed movement.