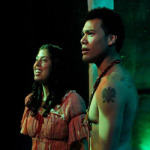 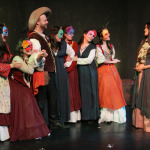 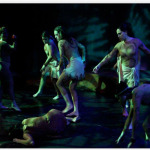 In Winter 2011, MultiStages produced “Temple of the Souls,” a Musical Drama by Anita Velez-Mitchell, Music by Dean Landon and Anika Paris, Choreography by Milteri Tucker, Directed and Developed by Artistic Director Lorca Peress at The West End Theatre. This multilingual musical drama tells the story of Amada and Guario, two young lovers in a forbidden union during the cultural wars between the Spaniards and the nearly extinct Tainos of Puerto Rico. Composers Landon and Paris are Platinum Award-winning songwriters; Anita Velez-Mitchell is a multi-award winning Puerto Rican poet and author. The multicultural Cast and Artistic Company hail from South America, Mexico, the Caribbean, Canada, and the US. Visit the website for more information and updates on future productions: www.templeofthesouls.com