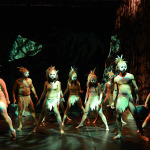 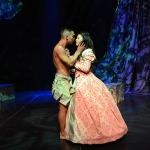 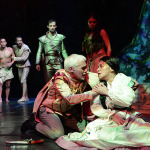 A tale of secrets, lies and forbidden love … set deep in the magical rain forest of Puerto Rico. Two worlds collide when Amada, the beautiful daughter of a Conquistador, and Guario, a young Taíno, run away to the mountain top to escape the intolerant world below. In this mythical romance, our young lovers find themselves at the Temple of the Souls where nightmares and dreams come true. To hear Music and More, Visit:www.templeofthesouls.com

TEMPLE OF THE SOULS is the recipient of six 2015 Innovative Theatre Nominations, four 2012 awards from HOLA (Hispanic Organization of Latin Actors), two Taíno Areito Awards, and is made possible in part with public funds from the Manhattan Community Arts Fund, supported by the New York City Department of Cultural Affairs in partnership with the City Council and administered by Lower Manhattan Cultural Council; Materials for the Arts, N.W. Dible Foundation, and private donations and support.