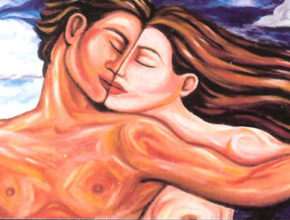 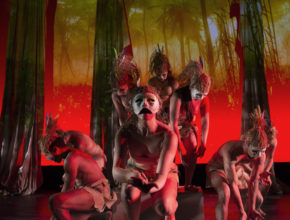 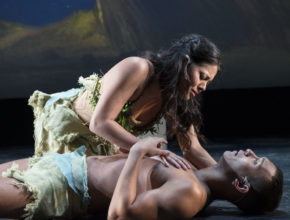 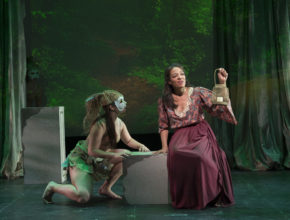 Erin Kei as Taino Soul and Lorraine Velez as Nana 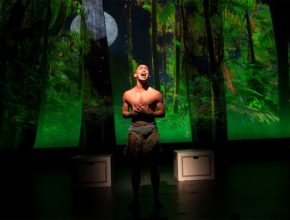 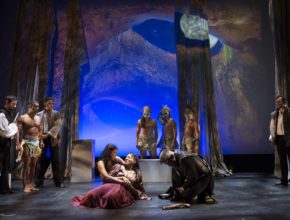 In today’s complicated and racially divisive social climate, where xenophobia, nationalism, and religious intolerance are rampant, we bring you a love story that will fill your heart.

TEMPLE OF THE SOULS is an award-winning contemporary pop musical of secrets, lies, and forbidden love of what might have happened in 16th century Puerto-Rico when cultures clash over two young lovers in a “Romeo and Juliet” style tragedy. It all happens in a time when Spaniards enslaved thousands of indigenous Taínos, stole their women, their land, and their lives. Two worlds collide in this mythical tale when Amada, the beautiful daughter of a Spanish Conquistador, and Guario, a young Taíno, meet in the magical rainforest of Puerto Rico. The young lovers escape to seal their forbidden love in the high cliffs of the Temple of the Souls, the sacred lands where the Taínos once jumped to their death to escape the persecution of the Spaniards. This is the temple where the lovers pledge to make their dreams come true and prove for all eternity that love is stronger than death.